Her bright red hair glistened and sparkled in the dim light atop the bar at Johnny East Bar & Grill, a beat up lonely bar on the side of a long wooded road of the Pine Barrens.  A single flickering light atop the wooden structure, pointed at the hand carved sign, barely invites you into the double doors. Underneath the moist dingy odor of stale beer and cigarette smoke, her smile went unmissed, as if no one would dare to cross the path of a stare and her face.  She almost had a visible, magical glow surrounding her body that was lightly clothed in a red glitter long flowing dress that stole the light from the air.

There across the bar where no light dared to shine, sat a rugged man sporting a butcher beard, lumber jack type clothing, and grizzly stare.  Looking through the cloud of cigar smoke, he didn’t seem to have a harmful bone in his body.  She watched him chat up the locals, smile and chuckle.  His bald head shined the reflection of comfortable memories, and his smile of relaxing good times.  It didn’t take long for him to work his charm towards her side of the bar, and after a few stories, and a few more drinks, he proclaimed;

“My truck broke down up the street a ways.”

The man swiftly asked for a ride, then started up a smooth conversation as he explained;

“I thought my truck was running out of gas a ways up the road, but I opened the hood, and noticed that the head gasket was cracked, I’m gonna’ be here for a cup-la days.”

She asked politely, “Where’s that accent come from?”

“I was born and raised in Utah, commin’ down this way for my niece’s wedding in New Jersey!” He replied convincingly.

When he went on to ask for a ride to a local hotel, she had no problem with immediately accepting to give him a lift, the kind hearted nature of the red headed beauty didn’t even need to advice a thought.  If only she had turned on the local news earlier that day, she might have thought twice about the next few decisions she was going to make.  They both then walked through the heavy oak doors onto the pot hole infested parking lot, moseyed on into the car, and drove into the night.

For more to this story check out my book, “Diluted Intentions”, coming soon! 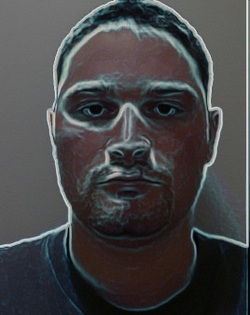 They call me many names, not shy of the ones your mother might have replaced with soap.  I’m abrasive, I don’t shut up, I don’t know when to stop, I don’t know how to be that guy they said he should be, but hey, it works for me!  You might find me screaming “NOOO STOP, SIT DOWN NOW!”, as I’m chasing my two year old through my living room hallway with my newborn in my arms, yelling at the drops of shit that are falling from his rear with every step onto my white carpets.  Working dad, that’s who I am…  But what about last night you ask?  Why was I in Atlantic City?   Well that’s a long story of a female hooker named bob with keys to brother’s house in Wildwood.  Long story short I called the wrong number in a drunken stupor’ and told this person where they can find my brothers keys to feed the fish he doesn't have,  and ends with a cross country trip to “fix” his house before he got home from his trip to Florida, a story in it’s own.  So when you ask who is Harold L. Cooper the Second, descendant of none other than the James Fenimore Cooper who hails from the land of Cooperstown, New York, to which his father established; I may respond one of many ways in many tongue, depending on what time of night or day, and area code I may have invested my present reality, only rest be assured, you better bring the fun juice!
(C) All Rights Reserved 2015. Reproducing or reprinting any of the material in this publication or website without written permission is strictly prohibited.  Please contact The Unfiltered Lens for more information. The articles and blogs contained within this website do not necessarily  reflect the views of The Unfiltered Lens Editorial Board, or the Community College of Rhode Island, nor the student body at large, the views and expressed are of the authors.